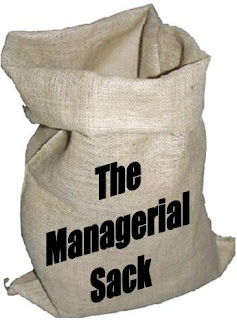 Palermo FC are in Serie A, the top Italian league. Their president, Maurizio Zamparini, is a calm and patient role model. He likes to give a coach time to develop his squad, instill his playing style in the team and slowly gel together.

Their coach at the beginning of this season was Beppe Iachini, but, unfortunately,  Zamp felt he had to quickly fire him, and replaced him by Davide Ballardini, but he also had to be  axed, then Guillermo Barros Schelotto, who was sadly laid off, then Fabio Viviani, who was, er,  sacked quicker than you can say Bettino Craxi, then Giovanni Bosi again, who got his pink slip post haste, too, then Giovanni Tedesco, who had to be, regrettably, also relieved of his duties, then Beppe Iachini, who also had to be, er, released, then Walter Novellino, who was thrown out of the pram a couple of days ago.

Nine coaching changes in the season, one every 4 games.

Davide Ballardini is now back for the Juventus game tomorrow.

According to Novellino "Juve don't give anything to anyone. The team is lacking organization. They're a little bit afraid".

At least they don't have to face the perplexed Sicilian tifosi.
Novellino says "Maybe they can find some calm by playing away from home."