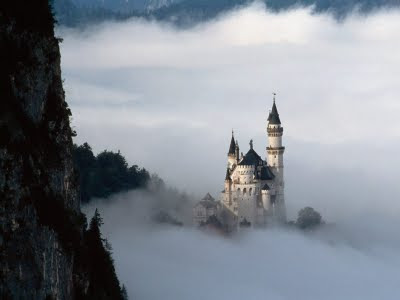 A beautiful wonderland!! With one exception: the ass-numbingly boring Women's Soccer World Cup taking place here. Why 16 million people would want to watch that drivel I will never understand. Only when the day comes that they make the effort to stop the pinball lottery and control and pass the ball a bit will it become worthy of a few more minutes of attention. The potential is there, of course, but they've got a long way to go.
Posted by Jeremy Smith at 10:36 PM No comments:

My preferred classical music tends to be from the first half of the 20th century - relatively complex stuff. Among these is my favourite piece of piano music of all - the evocative "Gaspard de la Nuit" by Ravel, based on three satanic poems: Ondine, Le Gibet and Scarbo.

The music is virtuosic, one of the most difficult pieces ever written, and I keep an eye open for new renditions of note. Here's a performance of Scarbo by Valentina Lisitsa that is simply electrifying..

Scarbo:
"I have heard him and seen him again and again, Scarbo the Dwarf. In the dead of night, when the moon was a silver mask on a dark wall, the stars a swarm of bees with stings of piercing light; heard his laugh in a dark corner, and the grate of his nails on the counterpane. I've seen him drop from the ceiling, twirl and roll across the floor like a spindle dropped by a dark enchantress at her wheel. Did I think he had vanished? No. He rose up between me and the moon, high and narrow as a Gothic steeple, a great bell swaying in his head. And then his form utterly changed—now blue and transparent as candlewax, his face as pale as the molten drippings—and into the dark he's gone..."

Posted by Jeremy Smith at 3:27 AM No comments:

Just had an entertaining lunch at Ruby Tuesdays in Oak Ridge with Frank Munger, Senior Writer at the Knoxville News Sentinel. As all locals know, Frank writes the Atomic City Underground blog, the main source of news on Y-12 and ORNL. Frank has written several entries pertaining to our work and Club Mod, most recently here and here. I was impressed to hear that his blog readership is growing and he now gets well over 1M page reads per year. He was also full of praise for Tuan Vo-Dinh, who was a Corporate Fellow at ORNL and is now at Duke. Tuan's departure was a blow for ORNL, but every cloud has a silver lining, and as a result we inherited his capable secretary, Julia Cooper.
Posted by Jeremy Smith at 11:38 AM No comments:

What Really Drives a Scientist?

It's interesting to briefly reflect on how this, in the case of J.C. Smith, has evolved over time.

When I was a graduate student: I was driven by deep understanding.
Unsure, I needed to find out whether I could do scientific research.
I was hooked into my narrow theoretical subject: I didn't know it at the time, but, maybe sadly, I would never again master any subject so thoroughly. (Conversely, I knew little about anything else, and most seminars, even in my field, were gobble-de-gook!).

When I was a postdoc: I was driven by competition.
There was maturation and widening of experience, becoming a senior member of a group rather than a dumb 22-year-old grad student. This happened, in retrospect, so quickly and with me hardly noticing. But towards the end I was driven by the stressful, cut-throat fight for an independent position that consumes some researchers at this age. This was a time of rejection after rejection. For my present postdocs going through the same purgatory, I've been there and understand. In a tough social battle, the subject sometimes seemed to take second place, and winning, reaching the promised land, mattered most. In retrospect I should have relaxed and enjoyed the science more: the spectrum of opportunity was, and is, much wider than I had imagined.

When I was a junior group leader. I was just driven! A time of networking, lecturing, and energy.
As a junior group leader one is young and liberated, so endless creative energy is expended. Nothing stops you (except wise old institutional bureaucrats). I gave 44 research lectures all over the world in one year!
Here's where the diversification really picked up, spreading out into different areas of chemistry and biophysics. It's not the best strategy for recognition, but I was just too interested in learning about new subjects to stick to one narrow sub-field, and was also a bit of a daredevil, sticking my nose into projects of which I knew nothing (I used to be the guy who'd put on a green wig to make a fool of himself in a crowd just for a laugh).
I also learned during this period just how important the social element of science is. Many excellent scientists achieve little because they can't get on with other scientists. But I was gregarious - got on well with most people. So when some colleague came and asked how we could collaborate, I'd often dream up some questionable way of doing so.
A junior group leader needs to be able to devise research, supervise it and write it up. I always knew I could do that, even as an undergrad: it was actually doing science I wasn't sure about early on. In one's twenties and thirties in science, as in many jobs, one learns one's strengths and limitations, comes to terms with them, and devises a way forward playing to the strengths with the limitations on board. If that way forward is beneficial to society, you have a career.

As a senior guy. Driven by impact and quality improvement. No longer needing to prove oneself to anyone (or to oneself) in quite the same way, things get more serious and focussed. A range of techniques has been mastered and these, while still evolving, will probably form the core of what I get involved in in the next 10 years. So what happens now is a gradual, step-by-step expansion of known territories, simultaneously on many fronts. Herschbach said it's like rolling out a big red carpet which has no end. For me that carpet is more an area than rolling in one direction, with each co-worker working on a different part of the perimeter. I am helping one co-worker to push it out first on one side, then going over and helping another push elsewhere. A body of work expands, about 15 publications a year, and much of my time is thus spent trying to understand what co-workers have found then helping them formulate language that expresses as accurately as possible what these findings are and mean. Thousands of other scientists are pushing out their carpets, too, and their pushing helps unroll ours and vice versa. Where and how we push gets to be more important now: I'm driven by trying to improve the quality of I do, by applications to fields of importance for society, and by communication to non-scientists.

But sometimes I look up at a plaque on the wall at home, made and signed with generous thanks by 50 ex-co-workers. As a grad student, and even 5 years ago, I never thought about such a thing, but maybe that symbolic plaque drives me more than anything else.
Posted by Jeremy Smith at 5:53 AM 3 comments: