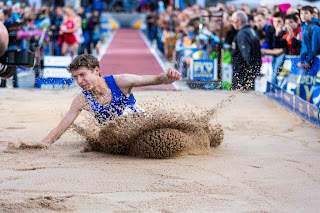 So I decided to take in the Jumping at the International Junior Gala U20 Track and Field at Mannheim this weekend and barged in to hang out with the UK team. I  sauntered up to this bloke in his 60s-ish in a UK track suit and started bragging about how great a long jumper I was at school, but he curiously didn't seem particularly impressed.  Turns out he was Alan Lerwill. OMG - as is the contemporary acronym - Alan Lerwill!  He was my bloody hero in the 1970s.  Olympic Long Jump finalist in Munich, Commonwealth Games Gold medallist, UK High Jump record holder. Whoops.

Lerwill was competing in the Mexico Olympics in 68 when Bob Beamon performed the greatest athletic feat ever. Lerwill was talking to his coach, Tom McNab (technical director for Chariots of Fire), when Beamon jumped further than the optical measuring device's range, so the officials had to find a tape measure. When they announced the distance, 8.90m, neither Lerwill nor McNab knew what that meant - they had to use conversion tables to feet and inches, but the Long Jump tables didn't go that far either, so they had to use the tables for the Shot Put.  Beamon had jumped 29ft 2 1/2 inches, breaking the World Record by nearly two feet. 45 years later it's still the Olympic Record.

As for the Junior Gala, Alan is here coaching the  UK U20 team. The UK male jumpers, Efe Uwaifu, Elliot Safu and Feron Sayers are all very polite kids. Efe and Elliot are going to Harvard next year.  Harvard! Why Harvard? What's wrong with UTK? Elliot wants to study chemistry, even! We have a great track and field team. I did try to do a bit of recruiting myself, though. If UT has the scholarships I know who they need, now. Go Vols!

Some of these kids will become Olympic Champions (the reigning Olympic  Champion won here in 2005), others won't make it at all. It's a rough, tough life they have.  Efe couldn't get it right yesterday. Either too much energy and a no-jump or not enough energy. Alan told him to approach in a more upright posture but it seemed to me that he lost forward  momentum doing that. You need to drive forward with maximum speed then straighten up just before hitting the board. Mind you, I'm not exactly the one who has been coaching this for the last 50 years, am I? So I kept my trap shut for once.
Posted by Jeremy Smith at 8:26 AM No comments:

Glenn Reynolds (Instapundit) claims "That's not surprising: they're elderly lawyers......That’s okay, because a legal system that requires the Supreme Court to understand molecular biology as well as molecular biologists is a legal system that’s doomed to fail." Nobody's expecting them to understand the case as well as molecular biologists. However, the Supreme Court has clearly failed to establish a support system whereby the people who are advising them are capable of communicating to them the basic elements of a technical case. What they wrote was embarrassing and laughable. Is that really okay?
Posted by Jeremy Smith at 9:53 AM No comments:


Whatever one thinks of today's SCOTUS ruling concerning gene patenting, it's undeniable that their description of the  biology involved was littered with  basic errors. Some of these errors are listed here, but there are more. The whole thing abounds with jarring sentences such as "DNA nucleotides contain the information necessary to create strings of amino-acids, which are in turn used in the body to build proteins." Is it amusing or worrying that our most venerable legal institution is apparently incapable of seeking out accurate basic information? Is this incapacity repeated in other technical cases they review?


Posted by Jeremy Smith at 2:54 PM No comments:

Jack Dongarra just posted a report on the new Chinese supercomputer, Tianhe-2.
His Linpack test clocks it at over 30 petaflops, outgunning Titan by 74%.
The theoretical peak performance, using 3 million processors, is over 50 petaflops.

Looks like this might nip up to the number one spot in the Top500 supercomputers next week? 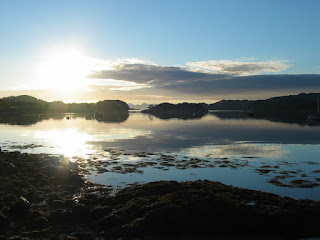 ..and then the month after: 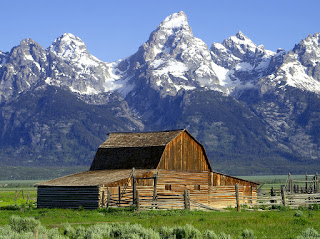 Anyone guess where they are?
Posted by Jeremy Smith at 12:31 PM 3 comments: