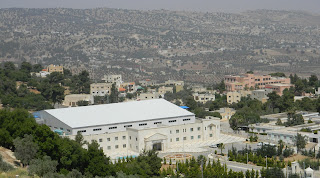 When I visited Jerusalem for the second time,  in the late 1990s, although  the first Intifada had just ended peace in the Middle East seemed remote. For this reason I was astonished to learn of plans for SESAME, a Middle Eastern synchrotron which is a cooperation between Bahrain, Cyprus, Egypt, Iran, Israel, Jordan, Pakistan, the Palestinians and Turkey. What an idea! Mortal enemies cooperating in one scientific institution in Jordan.

Well, now,  in 2017 it appears that, despite 20 years of delays and the assassination of two directors, the thing will finally open.

Posted by Jeremy Smith at 8:54 AM No comments: