"Houses Made of Wrecked Ships" 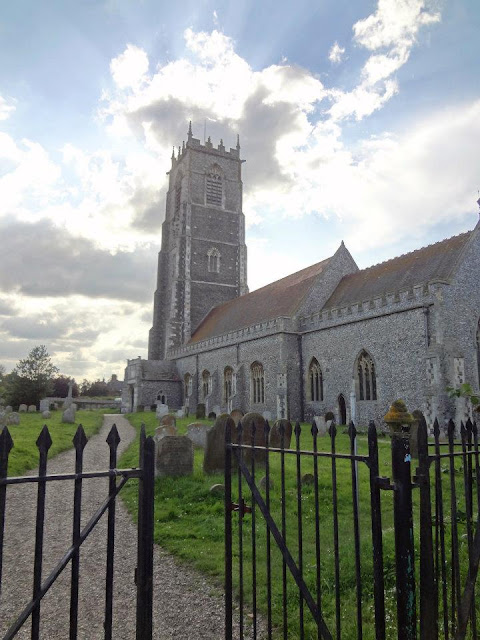 The Victorian church of the Holy Trinity and All Saints at  the village of Winterton-on-Sea, Norfolk, snapped by my wife as we hiked around it last week. The tower is seven stories high, built to serve as a landmark from the sea, but many died on the notorious shifting sands off Winterton Ness,  and many of the church graves are of the drowned. In 1722 Daniel Defoe (who wrote Robinson Crusoe)  remarked on all the houses of the village being made from the timbers of wrecked ships.
Posted by Jeremy Smith at 3:46 PM No comments:

You shall not leave!


The benefits of Germany’s 4.5 million Civil Servants (Beamter) are enticing. They have a job for life, health insurance and a generous pension.  Among the Beamter are the German professoriat, which indluded me from 1998 until 2007.  Now I had always assumed that some measure of employment permeability between the German Civil Service (Beamtenschaft) and rest of the world would be actively encouraged. Not so, it seems…


Now there is indeed a strong conflict of interest argument against too frequent personnel switches between the high-level bureaucrats, who regulate industry, and industry itself. However, for most civil servants, including the professoriat, hindrance is against the national interest.  But, as Ansgar reminded me in the pub last Monday, in Germany employment as a Beamter is expected to be marked by a higher-than-normal degree of loyalty on both sides, with the above-mentioned benefits being matched by faithfulness and dedication to the State. Indeed, the new Beamter's first task is to swear a solemn oath of loyalty. Leaving the Beamtenschaft is tantamount to treason, so that’s why in doing so you forfeit your pension, you see. It’s a punishment for failing in your loyalty.


You have revealed your true colours.  You shall not leave.

Posted by Jeremy Smith at 12:46 AM No comments:

Bear Caught at the Lab

A black bear was recently caught at the High Flux Isotope Reactor (HFIR) at ORNL.