Heads up, guys! (Take notice, everyone). While standing on the track (platform) in England a while ago I thought I'd spend a half hour (half an hour) or so writing about train travel. But in which language - Americanese or Britishese? Why not both?

Riding the train is an alternate (alternative) to the car in Britain. Trains run there 24/7 (all day, every day) and can be convenient transportation (transport), there being a million and a half (one and a half million) journeys per year. You do the Math (Maths) - that's a bunch (load) of trips. But riding on the railroad (railway) isn't always easy. Waiting on (waiting for) a train in Britain is oftentimes (often) the height of ridiculosity (can be riduculous) due to (owing to) endemic lateness, never permitting a sense of normalcy (normality), and sleeping passengers even risk being burglarized (burgled), but in the end train travel can be the least worst (just bearable) option (while not always the 'most best').

During my last train trip I recognised the waiter so I reached out to (talked to) him, asking whether I could get (have) a couple (couple of) newspapers. He said that, no I couldn't get them, he'd have to get them for me, and, anyway, he hadn't wanted to be disturbed and couldn't care less (could care less) so I told him he was nauseous (nauseating) and asked whether I had to write (write to) him to get them, and told him that I had just wanted to touch base (chat) with him, but, being English that last comment must have sounded rude to him because he smacked me one up the bracket, Queensbury rules. I apologised and said it was my bad (fault). He soon perked up when I started talking about soccer (football), and especially about the two-time (double) European champions, Liverpool, and their winningest (with the largest number of wins) coach (manager). A team of much physicality (physical strength) they are, that, I said, going forward (in the future) in upcoming (coming) years will surely win again, but not with the deliverables (potential things to be delivered) expected to be gotten (obtained) from their American (Yankee) owners leveraging (mortgaging) their stadium. He sighed and said that it is what it is (it is what it is). And so indeed it was.
Posted by Jeremy Smith at 1:34 PM 1 comment: 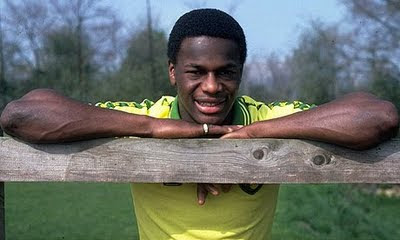 Posted by Jeremy Smith at 7:19 AM No comments: