Black milk of morning we drink you....

It's been a long time since I posted a poem. Here's one in German that I particularly like. It's by Paul Celan, and was written around 1945. Of course, the theme is morbid, befitting the epoch. The poem is, however, music.  Here's a translation into English.

Posted by Jeremy Smith at 2:36 PM No comments:

I cycled quite a way on a rainy day in 1979 to the Leeds Irish Centre. There were only maybe 50 or so people at the concert; I sat in the second row. The woman in front of me had an annoying habit of slapping her knees loudly during the music.

The band in front of me was in some disarray. They kept breaking down in the middle of tunes and appeared somewhat annoyed with each other. They had only been together for three years and they disbanded forever a few weeks later. 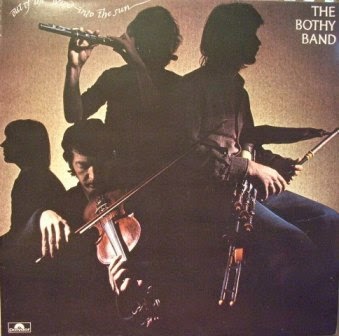 But they were the band that  changed the face of  Celtic music.  Three unparalleled virtuosos  tangled with each other for that brief period: Matt Molly's flute, Paddy Keenan on the Uilleann pipes and Kevin Burke, the fiddler; shepherded by a precise rhythm section. The result was jigs and reels had never before been played with such brilliant driving energy.  The Bothy Band. Check them out.
Posted by Jeremy Smith at 6:49 AM No comments:

I have always argued against any sort of differential treatment based on skin color. An example of this is race-based affirmative action in college admissions, increasing admission rates of minority racial groups, which was explicitly allowed in a 2003 Supreme Court decision. College selection should based solely on how well  a prospective student is likely to succeed. Given this criterion, there is indeed an argument in favor of some preference for low-income students, based on the precept that their circumstances have made it more challenging for them to achieve a given level at high school, and therefore they are  more likely to succeed on the level playing field of college. Of course, discrimination based on income does favor low-income racial groups, but this is not an explicitly race-based policy.

Given the above position I am curious to learn that the three most selective Ivy League colleges may well be discriminating against Asian candidates. Apparently, although Asian-Americans made up over 27% of the applicant pool  from 2008 to 2012, they comprised only 17-20% of the students admitted. Of course, it is conceivable that the Asian-American applicants were less qualified on average, collectively sending in hopeful below-par Hail Mary applications just in case. But if not then these schools are rejecting bright, qualified hard-working future leaders solely on the basis of race. Why? Because they 'work too hard'? Because they're 'no fun'? Because their parents don't have enough money or connections? No, in the interests of 'diversity', ostensibly, so that the universities can plant their pretty little gardens mirroring the make-up of society.

My response is to say to the University of Tennessee is "Bring 'em here"! Let's get those thousands of highly qualified future leaders to UT. That'll get us up towards the Top 25, help motivate the locals  and teach the Ivy League a lesson. The use of race in college admissions should end.
Posted by Jeremy Smith at 7:07 AM No comments: