Our Role in the Clinton E-mails

Well, we have deep ties to the Hillary Clinton e-mail scandal. Oh, yessiree!

Well, maybe not deep, but perhaps a shallow connection,  and rather remote. 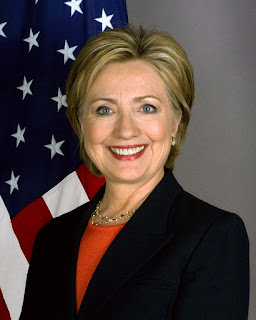 But here it is:

1) Xiaolin Cheng, here was a postdoc with Andy McCammon at UCSD, as is presently our ex-postdoc, Yinglong Miao. Tongye Shen also worked with Andy. Andy himself was a postdoc with Martin Karplus, as was I. And we have a paper in press together. So we have several connections with the McCammon group.

2) In the seventies Andy was  a grad student of John Deutch, a chemistry professor at MIT.

3) Deutch became Director of the CIA in May 1995 but stored and processed hundreds of files of highly classified material on unprotected home computers that he and family members also used to connect to the Internet, according to an internal CIA investigation. He pleaded guilty to a misdemeanor for this, and was only few hours away from signing a plea bargain when Bill Clinton pardoned him on his last day in office!

4) As a result of that presidential pardon  the FBI today could find no precedent for indicting Hillary for storing secret information on her personal computer. So they didn't recommend indictment, thus paving the way for her presumed victory in November.


Yesterday Frank Munger, the local journalist who wrote about Oak Ridge science for the Knoxville News Sentinel and in the associated  "Atomic City Underground" blog, retired.

His blog kept us informed daily about what was going on at Y12, other areas of ORNL and the region. He was also a strong supporter of Club Mod.   He was given the "Muddy Boot Award" yesterday for his contributions to building the local community's economic base.

We're all sad to see you go, Frank! We wish you a fulfilling and rewarding retirement! Maybe you'd consider writing a book about Oak Ridge. Nobody would be better positioned to do so.

Posted by Jeremy Smith at 11:05 AM No comments: