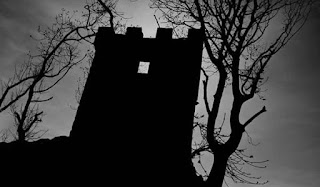 Welcome back, the Dark Ages.
Posted by Jeremy Smith at 5:03 AM