The Solution to Syria 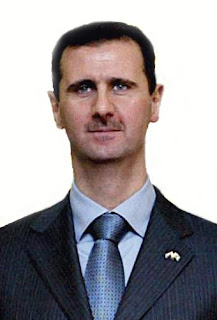 Amidst the confused public debate as to what to do about chemical weapons and what is happening in Syria, there seems to be no clear consensus as to how best to deter their use.  But the fact is that there was a solution to this problem that, with a bit of thought and development, could have been implemented by now. And it does not involve arming Al Quaeda,  potentially ineffective or counterproductive military strikes or, indeed,  any military strikes at all, and it would not have needed any international agreement.

The solution, which is still the way to go, is to render  chemical weapons ineffective.

Enzymes exist that can act as "bioscavangers", chemically transforming nerve gases such as sarin and VX into harmless molecules by breaking them apart, before they have had a chance to act on the nervous system. But these enzymes need to be improved, developed and translated into field use.

Troy Wymore, Jerry Parks, Larry Avens  and myself  have received a small amount of grant money over the last year or so from NNSA and DOE to work on this using calculations of reaction mechanisms and enzyme engineering. Together with Paul Langan and colleagues we wish to combine these calculations with neutron crystallography to rationally improve these enzymes. We have submitted a paper detailing our first findings, which were quite surprising and exciting and could lead the research in a somewhat different direction. Soon, if, and only if, nerve gas bioscavenging research is properly funded over a long enough period, there will be a primary prophylaxis that military and civilians will be able to use in the form of an injection, patch or pill that will neutralize sarin and other nerve gases before they get a chance to work. This would render any chemical weapons strike useless, which is about as good a deterrent as one could imagine.

However, we, and others in the field,  have had a hard time getting sustained funding for this. It's not that the idea of sarin bioscavanging enzymes is particularly controversial - just that, as usual, the will has not been there to divert money from other, less effective programs to fund development of this technology. $150M over 5 years would probably solve the problem. Financially this makes so much sense, compared to the cost and uncertainty of missile strikes.

And, had this research been funded sufficiently earlier, all those children could have been saved.