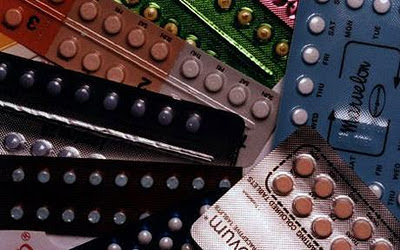 ..and the Honorary Doctorate.

I'm back in Heidelberg and gave a talk at a Chemistry Symposium here today (as, by the way, did Stefan Fischer, Petra Imhof and Tomasz Berezniak of our group). Tonight, at the symposium an Honorary Doctorate was awarded to Carl Djerassi, known for his 1950s work on the synthesis of norethindrone, the first effective oral contraceptive.


This invention effectively divorced sex from reproduction - a truly world-shattering effect of science on society - and contributed more to women's liberation than has any political act, allowing millions of women to pursue a career without sacrificing a sexual relationship.

Now the decoupling of sex and reproduction is so highly unnatural that society never has learned how to deal with it. When sex was robbed of its primeval physiological potency, millions of years of evolution, that have hard-wired instincts and associated morals into us arising from sex causing babies, were, in an instant, rendered obsolete. This hard-wiring meant that society could not change as quickly, and, anyway, the sustained association of sex with disease persists. But what will happen should scientists eventually take the next step, eradicating the sexually-transmitted diseases, thus removing all physiological 'danger' whatsoever? Society challenges scientists, and then vice versa.
Posted by Jeremy Smith at 11:02 AM