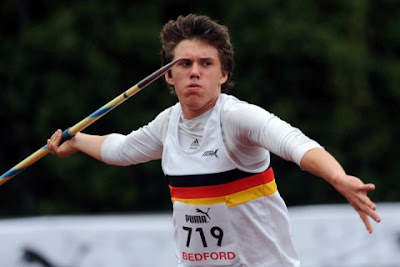 Oliver Bradfield, wearing that same Norfolk County athletics vest I wore 34 years ago (brings tears to one's eyes, it does :-)).
Posted by Jeremy Smith at 11:15 AM