Something Wondrous Happens to this Blog..... 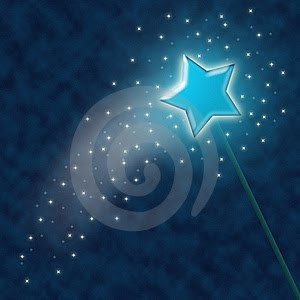 At 2.08 p.m. EST on Thursday 9th September 2010, something wondrous happened to the detached, unassuming, sleepy, oft-neglected little cyberspace backwater that is Club Mod. It was touched by magic.

Events started to unfold at 10.22 a.m. when Frank Munger gave a nice plug for the previous Beam me Up Scotty (BUS) post on his Atomic City Underground blog. But then, miraculously, the eye of the almighty Instapundit fleetingtly alighted on unsuspecting little Club Mod (apparently via the Atomic City entry), and, at 2.08 p.m. --- linked. Our dumbstruck, bewildered little blog was then overrun by 4000 visitors in the next 12 hours - more than in the entire previous year! Well, they've presumably mostly gone now, too late to be welcomed, but we hope that, one day, with or without pixie dust, they'll visit again. If they do Club Mod will try to be up, shaved and ready. But maybe they never will, which reminds me of a quote from Dylan Thomas' "Under Milk Wood":

"Alone until she dies, Bessie Bighead, hired help, born in the workhouse, smelling of the cowshed, snores bass and gruff on a couch of straw in a loft in Salt Lake Farm and picks a posy of daisies in Sunday Meadow to put on the grave of Gomer Owen who kissed her once in the pig-sty when she wasn't looking and never kissed her again although she was looking all the time"