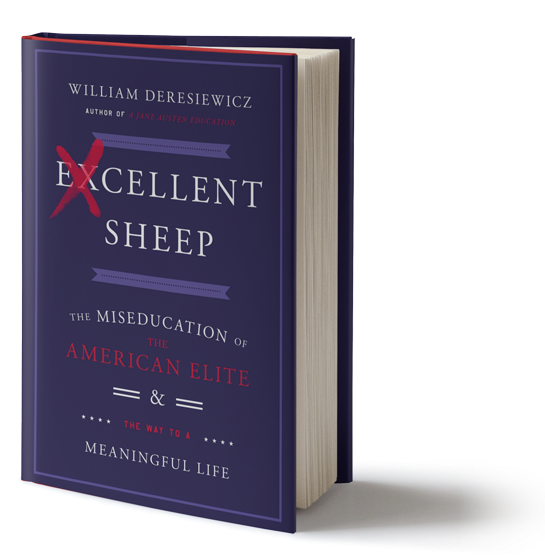 William Deresiewicz’s book, "Excellent Sheep: The Miseducation of the American Elite", has generated much discussion over the last few months. Deresiewicz chiefly targets the Ivy League and their equivalents. An elite education should spark creative drive, above all feeding and motivating student curiosity. Instead, Ivy League students are ‘excellent sheep’, cultivating identical resumes from prep school onwards, conveyed  via uniform college A grades into the sterility of finance and consulting.

My own biases tap nicely into parts of his description. Deresiewicz encourages high-schoolers to look beyond the elite institutions and to populate public universities and those liberal arts colleges that have stayed true to their mission. But lesser-raking colleges have similar ills. Almost without exception, universities have become almost pure money making machines. The professors, who used to be recruited on their academic brilliance and reputations, are now valued more on their, admittedly related, ability to bring in money. In science, a rapid drive towards group-think has led to individuals being evaluated less on their ability to perform or directly supervise research, and more for their ability to lubricate efforts federating dozens or even hundreds of scientists in competitions for multi-million dollar contracts. In a recent discussion I had with a Vice President of a midwestern college the only subject that seemed to interest him was the setting up of a lucrative company based on the university's research assets.