Personal Thoughts on the Brexit 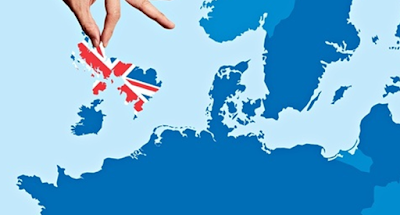 In 1970 my postdoc advisor, Martin Karplus, considered leaving the US for a professorship in France. However, professors there were civil servants, and all civil servants had be French. Karplus' colleague at the time was Jacques Dubois, who was well connected politically, and he lobbied President Pompidou for a change in the law. Thus was the law indeed changed, but it all took too long, and Martin went back to Harvard.

Ten years  later everything was different. Europe had come closer together. Britain had joined in. As soon as I reached adulthood in the UK  I thought to myself - hup, lets get outta here, let's explore. So in 1982 I moved to France to start my Ph. D,  at the Institut Laue-Langevin in Grenoble, which, together with CERN,  was a model of how  Europe can work together to achieve greater goals.  Then, after 4 years in the States I came back to work in Saclay, as a French civil servant,  for 10 years. After that, I moved to Germany, again as a  civil servant,  a Herr Professor. Now, I can't say all this was made possible specifically by the EU - there are plenty of Swiss and Norwegians who have done the same thing.  But European integration in the broader sense, and globalization in the even broader, are indeed responsible.

The Brexit debate is part of the ongoing worldwide tumult pitting forces of integration and globalization against those of nationalist isolation. We have it here in the States, with the immigration ruckus and both the Trump and Sanders campaigns promoting trade barriers.  I get what the isolationists are saying, indeed. Globalization has spawned income inequality in developed nations (although has it perhaps reduced global income inequality?).  And I favor a relatively restrictive line on immigration myself, although there is no xenophobia in my reasoning,  it being  simply resistance to local population growth (more on that later, maybe).

The EU has become divorced from its population. It doesn't listen to them. Its high-minded prescriptions have alienated far too many. The average Brit feels nothing good from it. It elicits no pride. It's a deeply frustrating entity. While at Heidelberg University I received an EU science grant. It was a huge amount of dosh, accompanied by infuriating instructions written in prescriptive  'Euro-babble'; the national science agency, the DFG, got far more bang for the buck in my opinion, reinforcing  my  view that the EU wastes too much money on  bureaucracy and idealistic spending. When I arrived in Heidelberg, in 1998, the Euro was being contemplated.  Juergen Siebke, the university Rektor and an economist, was very skeptical of it. 'You can't have monetary union without political union' he told me at a reception. And he was right, as the Euro debacle, Greece and fighting the recession have proven.

The UK should stay in the EU...just, but all the while scratching and clawing.  It should keep needling them, restraining them, defying them. Break a few EU laws, just as the Eastern EU countries are doing with regard to border control. Refuse flatly to pay in as much money. Be a spanner in some of the works.

Otherwise Scotland will leave the UK. Jobs, trade and exports will suffer. Globalization will hit even worse as the multinationals will have little incentive to negotiate with the rump of the UK. Little England will be powerless and rudderless, sinking in the mid-Atlantic. And, worst of all, God help us, all the professors in the sinking English universities will end up having to be English.