No space for today's young Einsteins? 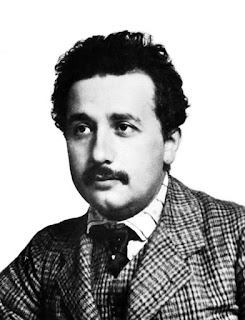 In a recent opinion piece in the Guardian the excellent science writer Philip Ball wonders whether a young Einstein could survive today, given the need for young scientists to get grants and publish work of immediate high impact.   In fact, I  think it might  be easier  for him to flourish. However, maybe he would be less likely to think about physics in the first place.

I'm no expert in the history of science, but from what I read Einstein's first paper, on capillarity, was published as an undergraduate in 1900 (when he was 21) in the then prestigious journal Annalen der Physik. Now, this would be entirely possible today, and getting the work published as a sole author in a prestigious journal would certainly make admissions tutors for graduate school sit up and notice. As a result, Einstein probably would probably be admitted into graduate school in theoretical physics. Instead, for some reason back then he did not go to 'graduate school'. Perhaps this is because they didn't exist, as such? The idea of paying people after a degree without them having to teach perhaps hadn't started up?  So, instead, he had to do it the hard way, while working in a patent office, doing his PhD on the side. He was awarded it in 1905, the year he published  four groundbreaking papers. Now, lets snap back to 2016. Any young theorist with five single author papers in a reputable journal would certainly be offered a postdoctoral position in a leading institute, if not already a professorship. By 1908 the significance of his work was beginning to be appreciated, as it would have been today as well, and he was made a Lecturer.

So I think it was tougher for the young Einstein 110 years ago to do his physics than it would have been for him today. However, another valid question  is whether Western culture today  is as generally conducive to free-flowing creative scientific thought as was the culture in Germany and Switzerland in the 1900s. Einstein  wondered what free-fall really was, and what riding on  beam of light would be like. Has there been a general dumbing down of today's youth  and family life, and if so, does this mean that such questions might never even cross the minds of today's potential young Einsteins?
Posted by Jeremy Smith at 8:50 AM