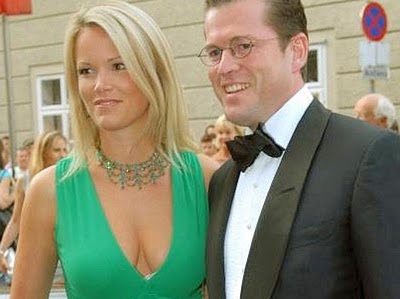 The German Minister of Defence resigned today. "Baron Cut-and-Paste" was found to have copied large parts of his law doctoral thesis without attribution. He lives in a castle in Bavaria with a beautiful wife, an aristocratic "dream of a politician" earmarked as a possible successor to Merkel. The poor dear is now undone by "Xerox-gate".

[There's something about stories such as zu Guttenberg's that makes me feel illicitly warm and smug inside.......]